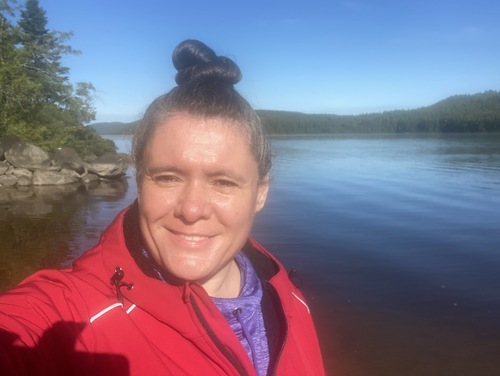 I have a long history with the United Church. I began attending Southampton United Church in the fall of 1981 when we moved to Canada from South Africa. While living in Southampton, ON, I attended Silver Lake United Church Camp in Kincardine for 3 summers which was the beginning of a life long love of church camp.

When my parents divorced, my mother and I moved back to her hometown of Carleton Place and I began attending Zion Memorial United Church. In my time at Zion Memorial, I participated in and was a member of the Renfrew Presbytery Youth Council, the Bay of Quinte Youth and Young Adults Committee. I attended the Youth Forum at the 33rd General Council and then went as a youth delegate to 35th General Council in Fergus in 1994. My dedication to the church and young people is demonstrated in my commitment to Camp Lau-ren. I began as a junior counsellor at Lau-ren in 1987 and have only missed volunteering at the camp two summers since then. Camp Lau-ren holds a special place in my heart. It is a place I return to each year to be filled and to give back.

I began attending First United Church in the Fall of 1995 when I started my undergrad at the Carleton University. The moment I stepped into the doors I felt welcomed and it did not take me long to get involved. Even while I lived in Korea, I stayed in touch with many of my First friends and would attend when I came home for summer vacations. I taught Sunday school at First for most of the time before moving to Korea. Since moving back from Korea, I was hired in the Fall of 2019 to help lead in the children’s program at First and this fall have joined the team as Children’s Program Coordinator. I feel blessed and honoured to be entrusted with walking on the faith journey with the children of First.

My faith in God has never faltered, since I declared to my preschool teacher who made a comment about me playing by myself that “I am playing with God,” through my struggles and my joys, church and my faith have been my one constant. In my darkest hours, sitting alone in a Foster home for a month, to my journey as a youth leader at camp, presbytery and conference, to my to my hopping on a plane to teach in South Korea, I have held firm that my Loving Creator God has been, is and will always be with me.